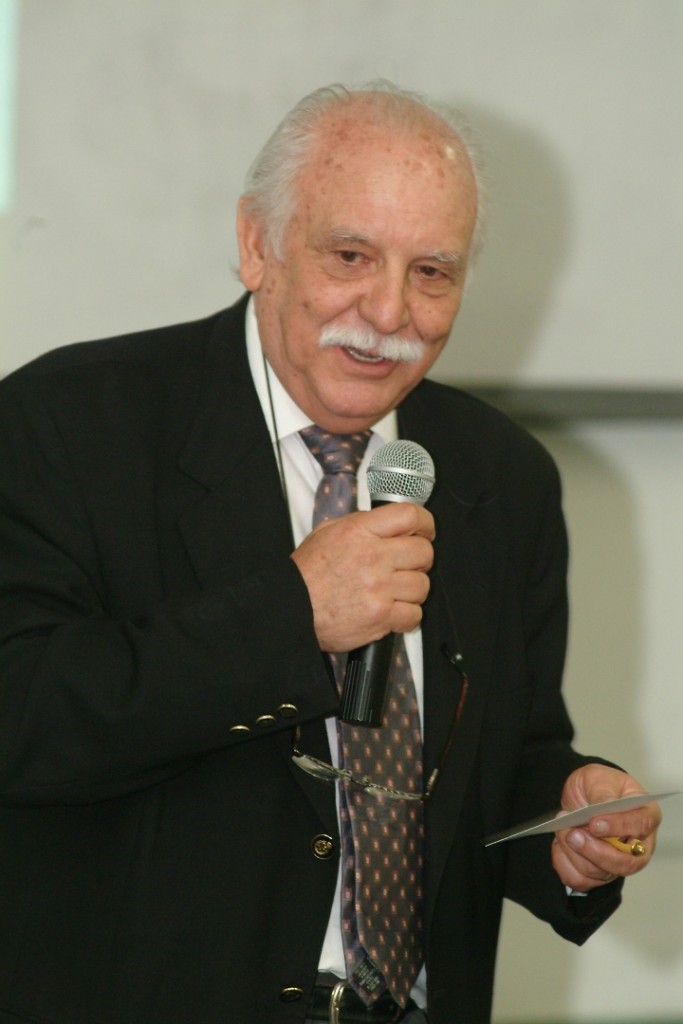 Professor Dr. ADOLPHO JOSÉ MELFI was the Rector of the University of São Paulo – USP, Brazil from 2001 – 2005.With a Degree in Geology from the University of São Paulo – USP (1960) and PhD in Geoscience (Geochemistry and Geotectonics) from the University of São Paulo (1967). He is currently the Senior Professor of the University of São Paulo, located at the Energy and Environmental Institute. He is the former Associate Professor of French University in Strasbourg, Poitiers, Aix-Marseille III and Toulon. He is also a member of the Brazilian and Latin American Academy of Sciences and the Academy of the State of São Paulo Sciences, the Académie d’Agriculture de France and the Académie des Sciences d’Outre Mer, France. He is also the holder of several academic awards. Some being: Silver Medal in Geology; Gran Cross of Scientific Merit, Palmes académique the French Government, Geoscientist of 2004 TWAS (Academy of Sciences of Countries in Development). He was the Director of the Brazilian Latin America Memorial and the Foundation Latin American Studies Center from 2007 to 2013.Member since 2009, of the Conseil Scientifique et Industriel du Technopôle de l’Environnement Arbois-Méditerranée (France) and the Superior Council of Higher Studies the Federation of Industries of the State of São Paulo -FIESP, São Paulo, since 2002.

He has participated and performed in various administrative and scientific functions in Brazil and International organizations, meriting the following highlights: Vice-President of the State of São Paulo Academy of Sciences (1980/1984); President of the International Committee for Study of Bauxite, Alumina & Aluminium – ICSOBA, Canada (1988/1992); Member of the Scientific Council of the ORSTOM / France (1985/1989); Editor-in- Chief of the Journal Geochimica Brasiliensis (1991/1995); President of the Brazilian Society of Geochemistry (since 1995); Coordinator of several international programs with Italy (CNPq/ CNR), with France (CNPq / CNRS and ORSTOM / CNPq) and Germany (CNPq /BMFT); Coordinator of the Center for Research in Geochemistry and Geophysics of Lithosphere USP-NUPEGEL (since 1991); Director of the Astronomical and Geophysical Institute, University of São Paulo (1977/1981 and 1985/1989).