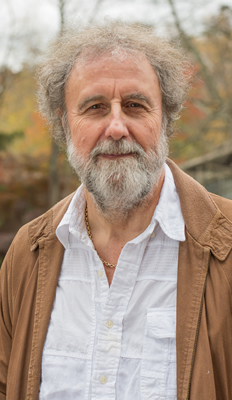 Professor Sir ROBERT WATSON is Director of Strategic Development at the Tyndall Centre for Climate Change Research at University osf East Anglia, United Kingdom. He have worked as Chief Scientist Advisor at the World Bank; Associate Director for Environment in the Office of Science and Technology Policy in the Executive Office of the President of the United States in the White House; Chief Scientist at the Department of Environment, Food and Rural Affairs (DEFRA), United Kingdom; Chair of the Intergovernmental Panel on Climate Change (IPCC) wich received the Nobel Peace Prize in 2007; Chair of IPCC Working Group II; Chair of the Global Environment Facility (GEF)’s Scientific and Advisory Panel; Chair of the United Nations Environment Programme / World Meteorological Organizartion (UNEP/WMO), and Chair of UNEP’s Global Biodiversity Assessment. He is also Sir Louis Matheson Distinguished Visiting Professor at Monash Sustainability Institute, Monash University, Australia.

In parallel to his formal positions, he has chaired, co-chaired or directed national and international scientific, technical and economic assessments of stratospheric ozone depletion, biodiversity and ecosystems, climate change, and agricultural science and technology, including as Director of the International Assessment of Agricultural Science & Technology for Development, co-chair of the Board of Directors of the Millennium Ecosystem Assessment, co-chair of several International Scientific Assessments of Stratospheric Ozone, Chair of the Intergovernmental Panel on Climate Change (IPCC) which received the Nobel Peace Prize in 2007, Chair of IPCC Working Group II, Chair of the Global Environment Facility (GEF)’s Scientific and Technical Advisory Panel, Chair of the United Nations Environment Programme/World Meteorological Organization (UNEP-WMO), and Chair of UNEP’s Global Biodiversity Assessment. He has testified to the U.S. Congress on numerous occasions regarding global environmental issues.

He received the Ph.D. in Chemistry from London University in 1973. He has received many national and international awards and prizes for your contributions to science, including the American Association for the Advancement of Sciences Award for Scientific Freedom and Responsibility (1993) and for International Scientific Cooperation (2008), and the insignia of Honorary Companion of St. Michael and St. George from the British Government (2003), and the Asashi Blue Planet Prize (2010). He was also recognized by the Rolling Stone magazine as one of 25 movers and shakers for the environment. I received a knighthood in 2012.